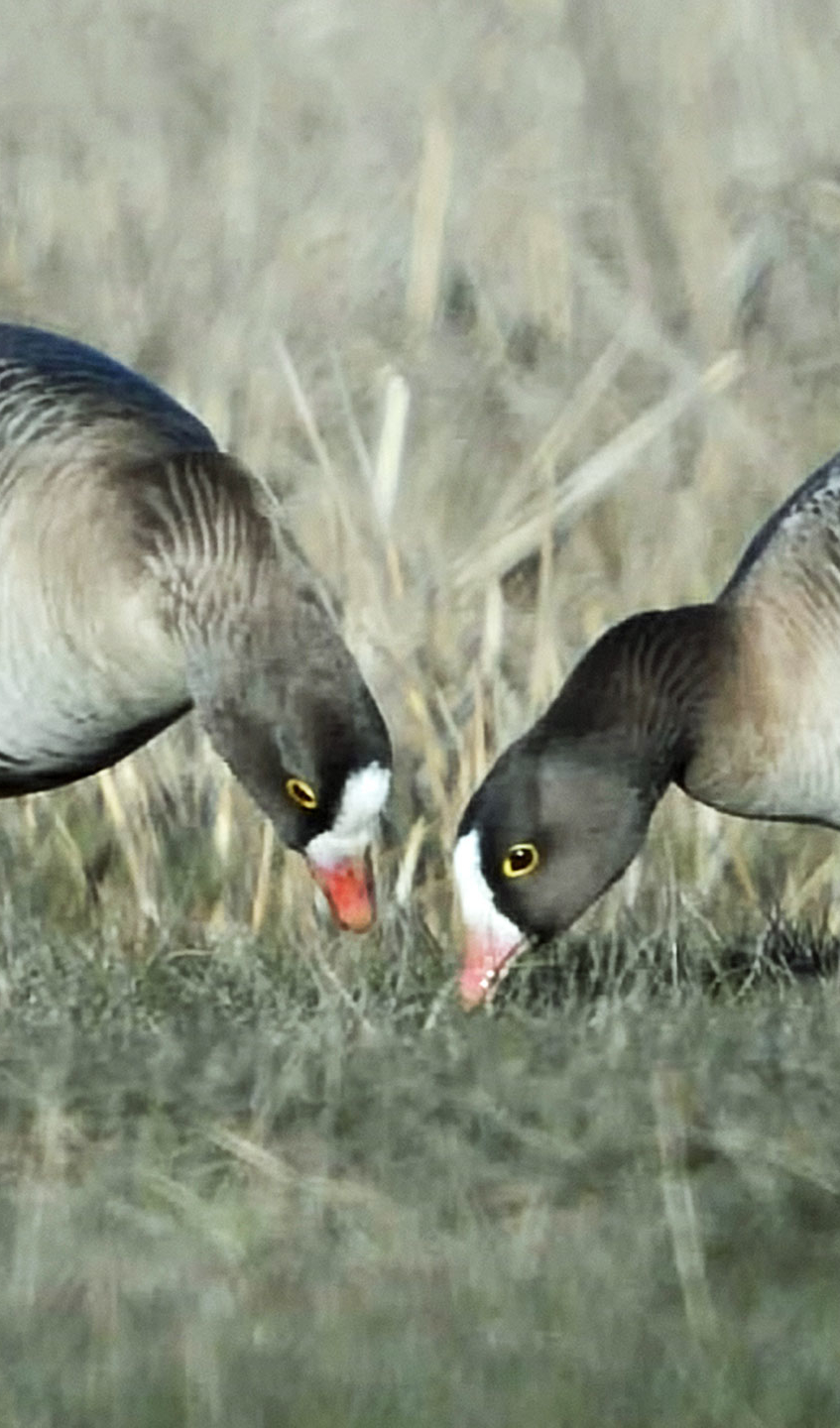 The Lesser White-fronted Goose (LWfG) is a Palearctic goose species, that breeds in the low-arctic tundra zone and in the forest-tundra zone from northern Fennoscandia to eastern Siberia. The stronghold of the world population is breeding in the central parts of Siberia.

The nesting habitat is typically low-arctic open tundra or forest-tundra dominated by dwarf shrubs and the typical feeding habitat in the breeding season is sedge marshes/mires around lakes.

During the migration, the species prefers low growth salt marshes and coastal meadows (e.g. in northern Norway, on the Bothnian Bay coast in Finland, and in western coast of Estonia), and (originally) natural steppes (e.g. in Hungary).

Due to the transformation of much of the original, natural staging and wintering habitats in the southern parts of the range, the main feeding habitat in many areas is nowadays agricultural land.

The historical range of the Lesser White-fronted Goose covers the whole subarctic Eurasia, but nowadays the distribution is patchy. The recent estimate of the mid-winter world population of the LWfG is 28,000 – 33,000 individuals.

The western part of the world population (ca 8,000 – 13,000 individuals) migrates via north-western Kazakstan to the (still mostly unknown) wintering areas in the Caspian Sea area and the Middle East, while the eastern flyway population winters mainly in China (especially in the East Dongting Lake Nature Reserve, where up to 16,000 individuals have been counted in recent winters).

All the LWfG populations have a declining trend. In Fennoscandia, the average rate of the annual decline in the recent years (1993-2008) was been estimated at 4%. However, during the latest year the population seems to have been stable or even slightly increasing.