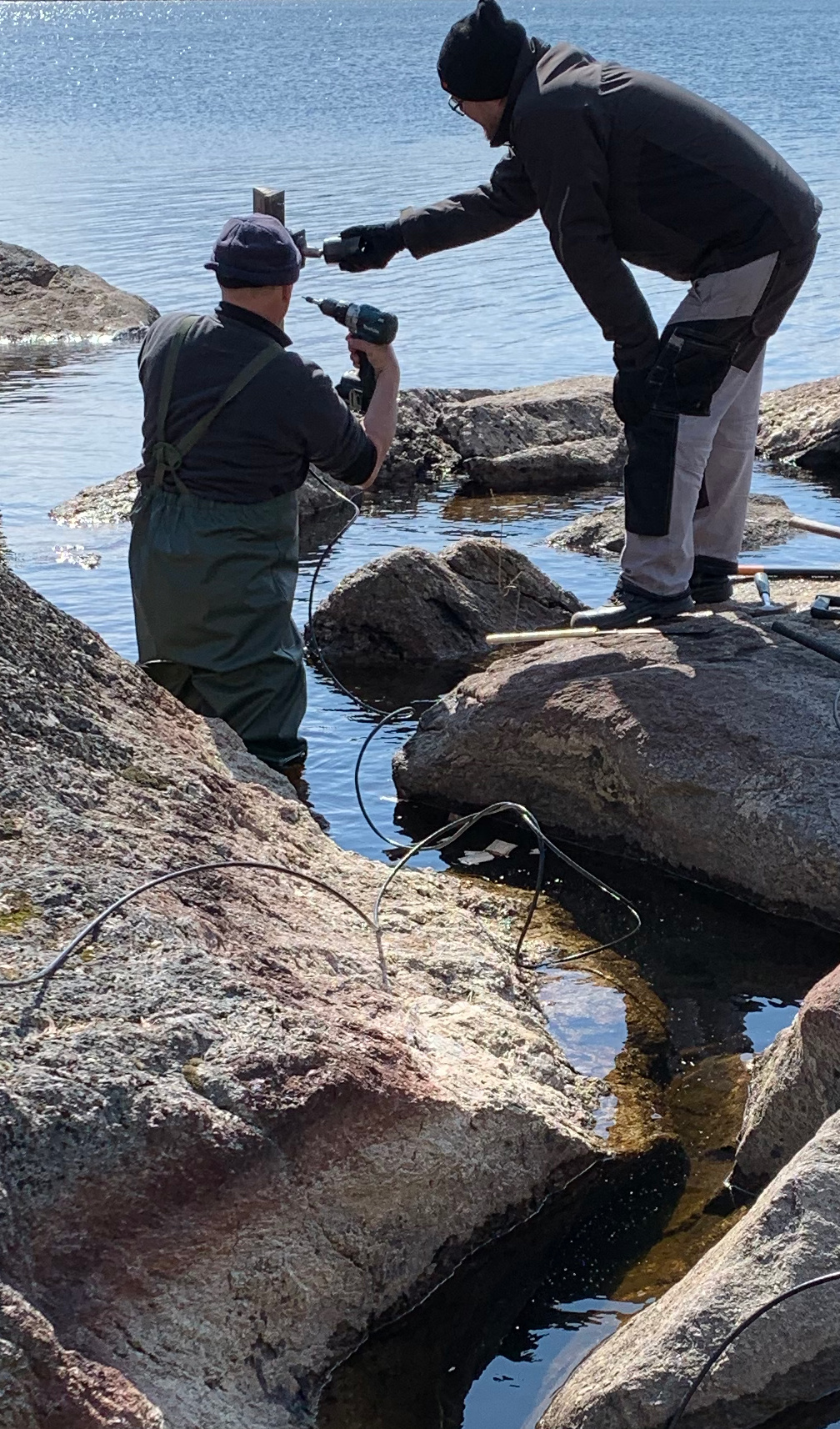 WWF Wildlive is a website launched by WWF Finland. It will bring nature close to you no matter where you are. The website features live footage of rare and endangered Finnish animals that have gone online to highlight their plight. Normally, it takes extraordinary luck to see these species in the wild, but WWF is changing those odds.

Why has WWF Finland launched the site?

Videos like this help us raise awareness about the importance of protecting all life on Earth. We believe that awareness of the species, their lifestyle, their uniqueness and the reasons why they’re endangered helps people understand why these animals needs to be protected. We also believe that it is important to offer people the opportunity to see and experience the species for themselves. This might result in more favorable attitudes towards these species. The streaming project also promotes education, research and public knowledge.

How can people take part in WWF Wildlive?

People can take part in WWF Wildlive by watching, sharing, or liking on social media – or simply by enjoying the show. If people wish to share WWF Wildlive on social media, they are encouraged to use the hashtag #wildlive (WWF Finland uses #luontolive). Let’s work together to spread the word about these beautiful animals and the need to protect them!

How does WWF Finland guarantee that animals can be seen?

WWF Finland cannot guarantee that the animals can be seen on the video. However, the cameras have been placed in locations where the animals have often been spotted. Patience usually pays off.

Is WWF Wildlive a fund-raising campaign?

The main goal of the project is to spread awareness and to promote research and education. WWF Finland also raises funds for the protection of the species but it’s not the main goal of WWF Wildlive.

Do the cameras disturb the animals?

The animals are not disturbed by cameras. The installation and maintenance of the cameras are also carried out without disturbing the animals. Also to avoid disturbing the animals, we cannot disclose the location of the cameras. The devices and equipment used for the live cam are installed so that they will not attract outsiders to the vicinity of the filming sites. The camera angles are chosen so that the locations cannot be identified.

What happens if the location of the camera is revealed?

If the location of the cameras become public information, WWF may have to end the stream ahead of schedule. This will be considered based on the situation at hand.

Yes. The camera is disguised so that it will not disturb the wildlife but will be apparent to any people nearby. There is also a notice on the live cam next to the cameras.

Can I publish the live video on my own website?

Unfortunately not. The live stream can’t be published on other sites or on social media without the permission of WWF Finland.

How many Saimaa ringed seals are there?

According to an assessment by an expert from Metsähallitus (Parks and Wildlife Finland), the size of the Saimaa ringed seal population at the moment is approximately 430 seals. The population refers to the number of wintered seals before the pups are born in February and March. The annual assessment conducted by Metsähallitus is the only comprehensive and scientific assessment based on terrain inventory.

What are the major threats to the Saimaa ringed seal?

In the 20thcentury, the seals were nearly hunted to extinction. Today climate change poses a threat to the species. They need snow to build the lairs where they give birth. These lairs protect their offspring from the cold, predators, and human disturbance. But over the past several years, the snow cover in the region has not been deep enough to create those lairs. The plight of the Lake Saimaa seals denotes a hallmark for what may happen in other parts of the Arctic, as the planet warms. The year 2016 was, for the third consecutive year, the hottest year on record. Fishing nets are also a major threat to the seal. Pups, in particular, can become entangled in fishing nets and drown.

What is WWF doing to protect the seals?

We have been actively protecting the Saimaa ringed seal since 1979. We produce information, work in the field, influence decision-making, work with businesses and conduct environmental education. Active protection work has saved the Saimaa ringed seal population and enabled it to increase its numbers in Saimaa. However, the seals will need protection for a long time to come. Learn more about our work.

Would it not be possible to move the Saimaa ringed seal further north to protect it from climate change?

Relocation was attempted in the 1980s for research purposes to a pond that was unconnected to Lake Saimaa. However, the attempt failed. The major reason for not even considering relocations to other water systems at the moment is that even the population in Saimaa is still too small. To make relocation to another water system even theoretically possible, the relocated population should consist of at least several dozens of seals due to genetic reasons, and such numbers of Saimaa ringed seals are not “up for grabs” anywhere. Instead, relocations within Saimaa may be possible in some cases, as the population is quite scattered in its farthest areas, making it difficult for those seals to find a partner. Such an experiment has been conducted successfully in the past.

How large are the seals?

How long do the seals live?

The Saimaa ringed seal may live as long as 30 years.

What do the seals eat?

How fast can the seals swim?

On average, seals swim about 1–2 metres per second, which is quite close to the maximum speed of humans over short distances. The maximum swimming speed of a human can be a little over 2 m/s. The difference is that a seal can swim for a considerably longer time – nearly around the clock, if necessary.

How long can the seals stay underwater?

The seals spend up to 80% of their time underwater. It only comes to the surface to check its surroundings or when rising to the banks to rest. The excellent diving capacity of the seals is enabled by the large oxygen reserves in their blood and muscles and the economical and efficient use of these reserves. The seals have high haemoglobin levels; more than 250g/l. The longest diving times (more than 20 minutes) have been measured from sleeping seals.

How do the seals navigate?

In murky waters, the seals rely on their vision and whiskers that have adapted to the dark.

What kind of species is the osprey?

Osprey belongs to the hawk-family and it is a medium-sized bird of prey. In Finland, the osprey is classified as a least concern species. There are an estimated 1,100 breeding pairs of ospreys in Finland. The osprey is brown and black on the upperparts and predominantly white on the underparts.

Where do ospreys live?

The osprey is one of the most widely spread bird species in the world. Ospreys can be found in all parts of Finland. They usually build their nests on top of old trees, sometimes in other high places as well. The osprey uses, for example, moss and lichen to line its nest. The nesting trees of ospreys are protected.

How do ospreys reproduce?

Ospreys mate for life. The female lays one to four eggs between April and May. The female incubates them. The male feeds the female while it incubates.

Where do ospreys spend the winter?

Ospreys that spend their summer in Finland migrate far for they spend the winters mainly in West Africa. In the spring, they return often to the same nests. Fall migration begins in the middle of August and the spring migration in April.

What do ospreys eat?

Ospreys eat mostly fish. After the prey is sighted, the osprey plunges feet first into the water and catches the fish in its talons. The osprey usually hunts in a few kilometer radius from its nest.

Does something threaten the osprey in Finland?

The heavy nest requires a sturdy tree as its base. The osprey is facing a shortage of nesting places, for the number of old forests have decreased due to forestry.

What does WWF do to protect the osprey?

WWF is striving in many ways to further the protection of both the forests as well as the biodiversity in productive wooded areas.

Where is the osprey camera located?

The camera is located at Lake Saimaa, southeastern Finland.

How was the site for the WWF Wildlive camera found?

We work together with a nature photographer Juha Taskinen who has followed the life of osprey younglings for several years.